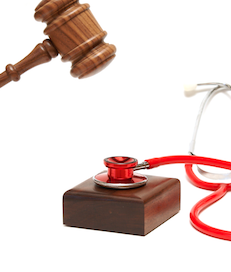 In employment law, a whistleblowing claim is the general term for where employees claim that they have been treated to their detriment because they raised, or threatened to raise, a matter of public interest.  The damages are unlimited and such a claim can allow an employee with less than two years’ service to claim unfair dismissal (sometimes). This protection applies to workers, as well as employees.

The case in hand involved an agency nurse supplied to a specialist centre for victims of sexual abuse, whose job was, in part, to medically examine victims. In this case, the agency worker was placed with the NHS. The worker brought a claim and the original Tribunal (the Bristol Tribunal in this case) felt that it should only be brought against the agency. The Appeal Tribunal disagreed and said that the claim could be brought against the end user. This is because the end user (the NHS in this case) had determined some of the terms of engagement.  The end user did not need to determine all of the terms, but it must have been substantially involved in them.

The lesson for employers is that just because a worker is provided by an agency does not mean you can disregard principles such as protected disclosure safeguards.  Take any such disclosure by a worker of any kind as serious until you have looked into it.

The Appeal Tribunal judgement can be read at the following link.