Discrimination with a limited company as the victim 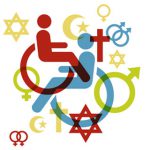 A fascinating development in terms of the Equality Act has been published by the Appeal Tribunal.

The implications of this could significant, not only for people supplying their services through a vehicle such as a limited company, but also where companies fail to get contracts or engagement because of a protected characteristic such as race, gender, age or disability.


Read the case for yourself at the following link: