Inclusion of overtime in the calculation of holiday pay

Inclusion of overtime in the calculation of holiday pay

There has been some speculation since last month as to how far back employees can claim unlawful deductions where the employer has not included voluntary overtime in the holiday pay. 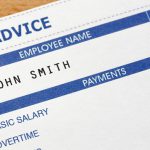 This matter has now been resolved with the government rushing through a piece of legislation (The Deductions from Wages (Limitation) Regulations 2014).

This means that the most an employee can go back in time in a claim for unlawful deductions from wages will be two years.

However, this new limitation will NOT apply to claims entered before July 2015. Therefore, employees still have 6 months to get their claims in if they have a chance of going back further than two years.

If you need reminding, the normal limitation period for such a claim is three months, but that period is reset every time there is a new deduction. So, if an employee suffers regular deductions (or underpayments) with less than three months between each, then the employee can go back for years in theory. This will now be limited as from July next year.