Discrimination, Indirect on the grounds of religion

Discrimination, Indirect on the grounds of religion

A curious decision by the Appeal Tribunal who overturned the Employment Tribunal’s decision that a teacher was not discriminated against on the grounds of her religion.  This case reminds us all how indirect discrimination can be present in the most surprising of places.

The facts are that a head teacher was dismissed after being convicted of having indecent images of children and voyeurism. The Head’s wife was a teacher, who worked for a school in Derbyshire. That school insisted she divorce her husband. She refused and was sacked.  The dismissal was held to be unfair. 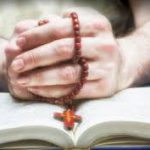 However, the wife also brought a claim for indirect religious discrimination. She argued that she was disadvantaged because her religion made her regard her marriage vows as sacrosanct.

The Appeal Tribunal reasoned that dismissing those who choose not to end a relationship with a person convicted of making indecent images and voyeurism was a “practice” which could be applied equally to all (regardless of their religion) but that would place the employee at a disadvantage because of her religion, and would have the same affect upon that “group”.  Therefore indirect religious discrimination was established.

What we find notable about the case, is the way indirect discrimination can lurk unnoticed, and indeed unintended.  The lesson is to consider carefully any situation in which the employee mentions any of the protected characteristics. Those characteristics might include childcare, political views, ongoing illness or marriage.

It is also notable that this same case could theoretically have been brought by the same employee for indirect discrimination based on marital status, or even sex.

The case can be read in all its glory at the following link: