It has long been good law that someone who resigns when they fail to negotiate a good enough deal for their departure cannot succeed in a constructive unfair dismissal case.  This is because such a reason for resignation cannot repudiate the contract. This has lead in the past to practitioners mistakenly believing that an employee cannot win a constructive dismissal case if they resign during negotiations. The case below shows this to be a mistake.

In the case of Gibbs v Leeds United FC, an assistant manager who expected to leave in due course following the main manager’s departure was negotiating to find a mutually acceptable departure. During these negotiations the club took his first team duties away from him and assigned him to the junior team and he was excluded from first team training. He resigned as a response. 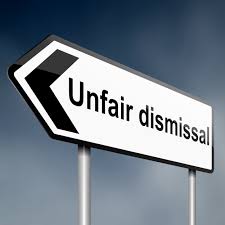 Because his resignation was in response to the Club’s lowering of his status without consent he could proceed with his constructive unfair dismissal case which on this occasion amounted to a claim for notice pay only. The fact that he was negotiating a departure at the time was not relevant because he was willing to work and carry out his duties.

The case can be read in full at the following link: